10 Signs of Dementia to Watch for in Your Loved Ones 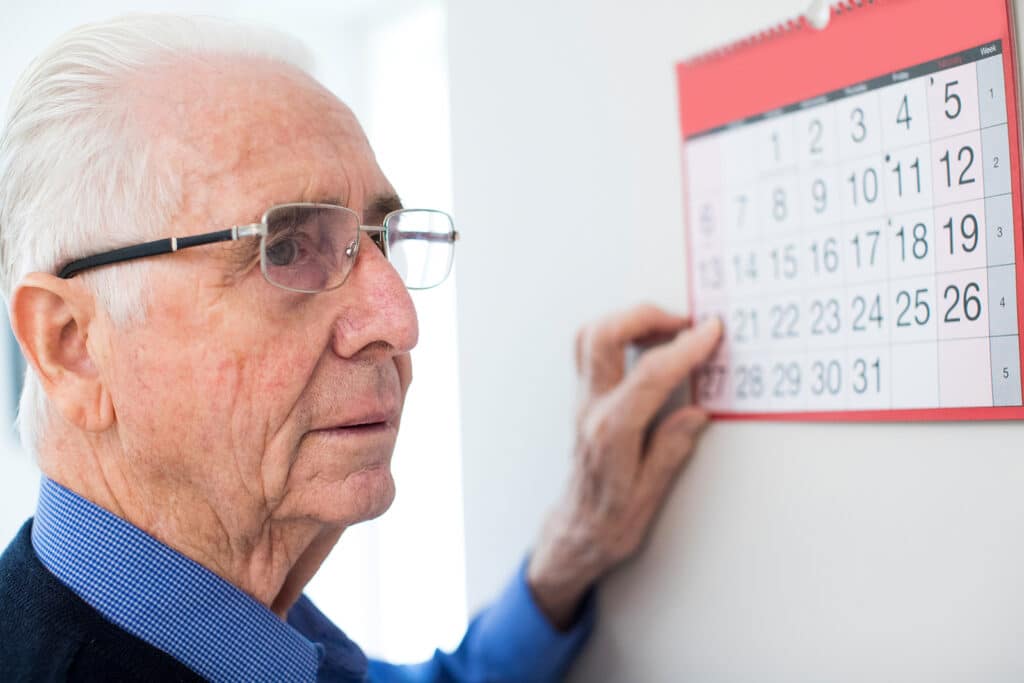 From losing your keys to forgetting a name to wondering why you walked into a room, we all have moments of forgetfulness. But as we age, these things become more concerning because we worry whether it may be more than just forgetfulness.

Dementia is becoming more prevalent. In fact, according to the Alzheimer’s Association, by 2050 more than 13 million Americans are expected to be living with this disease. Do you suspect this is affecting your loved one right now? If so, watch out for these signs of dementia.

Some types of dementia, such as Alzheimer’s disease, are progressive: meaning they start out slowly and gradually get worse. What’s more, there are a range of conditions that can cause symptoms of dementia, such as thyroid problems and vitamin deficiencies which may improve if the condition is treated. Regardless, in all circumstances, if you suspect signs of dementia in your loved one, early diagnosis is vital.

The distinguishing factor as to whether your loved one’s forgetfulness could be something more is whether or not it impacts their daily life, such as their ability to work, live independently, and/or function socially. As such, the Alzheimer’s Association has identified signs of dementia that include:

What To Do About Signs of Dementia

If your loved one shows signs of dementia, schedule an appointment with their doctor right away. There’s no one test that diagnoses dementia or Alzheimer’s disease; it’s based on medical history, physical and neurological exams, lab tests, brain imaging, and the signs we’ve described above. While dementia itself can be pretty clearly determined, the specific type may not be identified with a high level of certainty because some symptoms and parts of the brain affected can overlap. Treatment of dementia differs based on the cause. Currently, there is no cure for Alzheimer’s disease. But, treatments to slow symptoms and improve quality of life are available.

Initially you may decide care at home works best for your loved one. But if and when needs progress, memory care is a common solution outside the home. It is a type of senior living that is designed to nurture those with Alzheimer’s disease and dementia specifically. You’ll find 24-hour supervision, individualized care by specially trained staff and a secure yet comfortable environment.

We believe an engagement-focused philosophy of care and support offers the most benefit for residents in memory care. As such, our Vital Brain Program is founded in the belief that everyone has an innate ability to learn and succeed, no matter the degree of cognitive impairment. By focusing on what your loved one can or wants to do (instead of the skills they may have lost), they can still live their best life regardless of where they’re at in the disease.

Key components of our Vital Brain Program include:

Check out The Beginner’s Guide to Recognizing Early Signs of Dementia to learn more. Or, contact your nearest Vitality Living community today to schedule your tour!

PrevPreviousSneak Peek: See How Senior Living Residents Spend Their Day
NextStaying in Your Home for Retirement: Expectations Vs. RealityNext