Caffeine and Senior Heart Health: What to Know 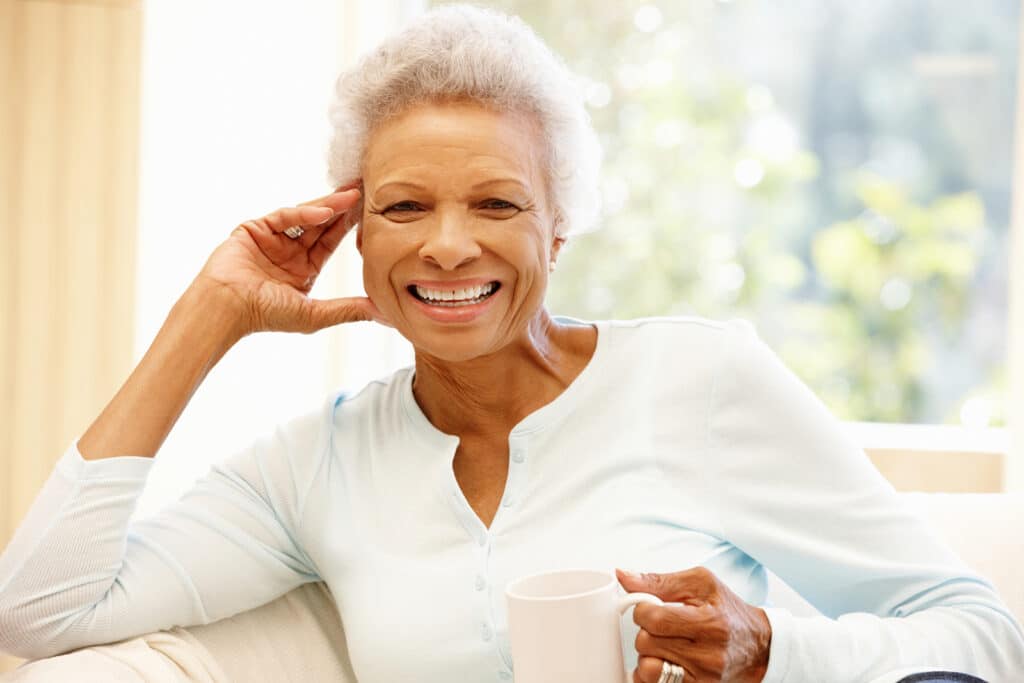 When it comes to healthy aging, quite honestly, there’s a lot to do. You’re supposed to make sure to keep your body active and your brain engaged all while maintaining your social connections as well. Sure, the benefits to your overall well-being are worth the effort, but retirement is supposed to be a time with less responsibility on your plate, right? Well, it turns out that in senior living you can have your cake and eat it too, so to speak. Here’s how programs like our Vivid Life make keeping active, engaged, and connected easy and fun!

Good things happen when you focus on healthy aging. In addition to feeling better overall, which in and of itself is a win, other benefits of keeping active, engaged, and connected include:

How Senior Living Can Help

At home, particularly when living alone, it can be hard to stay as active, engaged, and connected as you’d like. From lack of opportunity to lack of motivation to lack of transportation to mobility challenges, and more, it’s tough, we get it! That’s why we created the Vivid Life program in our senior living communities. It’s composed of three parts: Vibrant Body, Vibrant Brain, and Vibrant Connections. Here’s what each entails:

Vibrant Body – We offer amenities such as a state-of-the-art fitness center, a pool, walking trails, gardening opportunities, and even a dog park to help you stay active. A sample of activities includes:

Vibrant Connections – We offer resident-led clubs, social events, outings and volunteer opportunities for any interest to help you stay connected. A sample of activities includes:

What’s more, it’s all right outside your door (or transportation is provided offsite) and all in a supportive environment with home maintenance, housekeeping, and restaurant-style dining freeing your time to make it even easier to stay active, engaged, and connected.

It’s been said that everything is good in moderation and considering the fact that the about 80% of the world’s population is dependent on caffeine to get through their day, according to the Journal of Food Science, we’re all hoping that’s true. Caffeine is most commonly consumed in coffee, tea, sodas, and energy drinks. But there are so many conflicting reports about the risks and benefits of caffeine that it can be confusing to understand it’s true impact on the body, especially when it comes to senior heart health. Here’s what you should consider.

The research on how caffeine affects senior heart health is mixed. Most recent studies show it may actually reduce your risk for heart failure, according to WebMD, which cites analysis from three major studies, the Framingham Heart Study, the Atherosclerosis Risk in Communities Study and the Cardiovascular Health Study, which followed for than 21,000 U.S. adults for at least ten years. Although findings showed that caffeine from any source appeared to be associated with decreased heart failure risk, coffee in particular could be part of a healthy dietary plan if consumed plain, without added sugar and cream, and in moderation.

In terms of senior heart health, how much caffeine is just enough and how much is too much? According to the Mayo Clinic, it’s safe for most healthy adults to consume up to 400 milligrams of caffeine per day which is roughly the amount found in:

Keep in mind that reading labels is important. While a standard size cup of coffee is eight ounces, your mug at home or the coffee shop may be larger and caffeine content, especially among energy drinks, varies widely. Not to mention, you should also consider how the amount of sugar in soda impacts senior hearth health. What’s more, over time your body develops a tolerance to the amount of coffee you consume. Other factors like age, body mass, and overall health can determine your tolerance to caffeine, as well. But it’s not just tolerance that changes over time, research has found that it takes seniors 33% longer to metabolize caffeine compared to younger adults.

When Is Caffeine a Concern

Caffeine is a stimulant, and consuming too much of it can cause side effects such as headache, insomnia, nervousness, irritability, frequent urination, fast heartbeat, and muscle tremors. Plus, some people are more sensitive to the effects of caffeine than others. Be particularly careful if you’re taking medications or supplements that may interact with caffeine. If you’re concerned about the effects of caffeine on senior heart health, teas are usually lower in caffeine than coffee. If you want to decrease the amount of caffeine you consume, it’s best to decrease your consumption slowly by: As always, talk to your doctor before making any major decisions concerning your diet or senior heart health. For more information on senior heart health, download the Vitality Vitality Guide to Aging Well today! Or contact us today to schedule a tour of a community near you.

PrevPreviousLooking at Senior Living Communities? Know These 12 Questions to Ask
NextSenior or Older Adult? Understanding the Terminology of Senior LivingNext